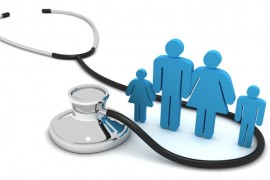 Strategic Advisory Group on healthcare reform in Ukraine has presented the final version of the National Health Reform Strategy for Ukraine. The Strategy, which has been being developed during the past 6 months by the leading international and Ukrainian experts, is designed for the next 5 years, namely 2015-2020 and is aimed at fundamental change of the post-Soviet healthcare system into a modern, which will be able to provide quality healthcare to the Ukrainian patients. The initiators of the group and the development of the Strategy, which would be used as a basis by the Ukrainian authorities, were the Government of Ukraine, International Renaissance Foundation and “Patients of Ukraine” CF. The draft Strategy has been presented in the Ukrainian regions, where experts, doctors and public opinion leaders could offer their ideas and vision, some of which are reflected in the Strategy. The first step of the reform was the transfer of the drug procurement to the international organizations. The draft laws that regulate these issues have been developed by the Ministry of Health together with “Patients of Ukraine” CF, international organizations and Parliamentary Committee, and will be considered at the sessional hall this week.